A remarkable piece of reporting was published in The Athletic the other day. You might have read it if you subscribe. Joe Rexrode talked to Johnny Majors shortly before he died at age 85. Neither Rexrode nor Majors knew the end was near. Majors seemed to be doing okay, but he passed away on June 3.

The article contains tons of stories behind the paywall, and we obviously can’t just reprint the piece, but we can certainly link to it. A few quotes among dozens, however, tell the essential story of Johnny Majors, an SEC and Tennessee icon who won a national championship at Pittsburgh in 1976. 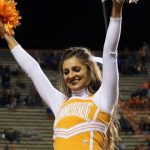 The first quote comes at the very beginning of the story, when Majors recalls the misery of a disastrous 1988 season:

“We were 0-6, and people thought they were gonna run me out of town. “We won five straight and then we won two straight SEC championships in the next two years. When things were tough, I was at my best. I had that reputation as a coach, and I’ll go to my death with that reputation. Might put it on my gravestone in Lynchburg.”

The second quote — relayed in the piece by a Majors player at Tennessee, current TV analyst Charles Davis — comes from the aftermath of the Volunteers’ 1984 Sun Bowl loss to Maryland, a game in which the Vols blew a 21-point lead:

“Spring practice will be a bloodbath.”

Johnny Majors — like any other competitor — hated losing. That didn’t make him unique.

Johnny Majors — like many other great coaches — learned from the very best. That also didn’t make him unique.

Majors was a Frank Broyles assistant at Arkansas and was part of the 1964 coaching staff which won a national title for the Hogs. He grew up as the son of a football coach. His playing career at Tennessee began shortly after the retirement of General Robert Neyland. His family life and his collegiate existence immersed him in football expertise and coaching tutorials. He had access to the finest minds in the sport.

When he set out on his head coaching career in 1968 at Iowa State, Majors brought along — among others — Jimmy Johnson, a player on the 1964 Arkansas championship team, and Jackie Sherrill, who was a graduate assistant at Arkansas in 1967. He had been a GA for Bear Bryant at Alabama the year before in 1966. Majors was a successful product of the Frank Broyles coaching tree, but within that tree, Majors became a very strong branch in his own right, molding coaches whose achievements transcended his own.

The essential point to make about Majors, then, is that while his hunger for victory and his access to knowledge did not set him apart from hundreds of other coaches through the years — past, present and future — he contained a level of uncommon persistence which enabled him to achieve richly.

Majors was not a spectacular coach, but he was a very good one. Many other men with equal levels of coaching talent have failed. Majors — as the two above quotes reveal — possessed a special capacity to take a roundhouse punch squarely in the jaw, dust himself off, and resume the fight.

That is his best characteristic, the trait which enabled him to survive, and then succeed, as a coach.

It is the quality which enabled him to turn a three-win Iowa State program into an eight-win bowl program. It is the quality which enabled him to rebound from a disappointing 1975 season at Pitt and produce — in Tony Dorsett’s last season — a perfect 12-0 campaign and a national title. If Majors had not hit the mark in that 1976 season, he might not have been hired by his alma mater in Knoxville before the 1977 season. Majors didn’t always deliver the goods as a head coach, but when he had to, and all the pressure was weighing on his shoulders, he answered the call.

You can see, very easily, that the 1985 season — after the frustrations of 1984 and previous years — was a hugely important one for Majors in particular and Tennessee in general. UT maxed out that season, capped by the memorable blowout upset of Miami — and Majors protege Jimmy Johnson — in the 1986 Sugar Bowl.

You can see, very clearly, that the 1989 season — after the ungodly mess of 1988 in Knoxville — was a supremely urgent one for Majors and the Vols. Tennessee won 11 games for the only time in the Majors era, and followed that in 1990 with an SEC title and Sugar Bowl victory. 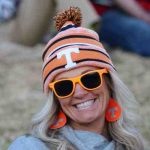 So many coaches who have struggled have failed to find a way to rebound and claim greatness. To be fair to more recent coaches (over the past 20 years or so), the level of tolerance on the part of athletic directors and presidents is not as great as it was in Majors’ time. Today, a coach who can’t get the job done in two or three seasons can be canned. If the start of Majors’ Tennessee career — four seasons of roughly .500 ball, with no more than seven wins from 1977 through 1980 — had been located not in the late 1970s, but in modern times, would he have received a fifth season on Rocky Top? Probably not. Yet, because patience was extended more often to coaches back then, Majors gained a chance to build.

After taking a series of punches, he got off the canvas and figured things out.

His seat wasn’t hot anymore. Then he began the next climb to SEC championships and New Year’s Day bowl wins.

His UT tenure ended with the alleged infamous palace coup staged by assistant Phillip Fulmer, but that sour note couldn’t obscure the larger reality that yes, in the end — after all the rocky periods — Johnny Majors had turned Tennessee from a struggling program in the late 1970s to a genuine success. Fulmer — say whatever else you want about him — took the foundation laid by Majors and built the Vols into something even bigger.

Majors — as any Tennessee fan will tell you — was the first Vol to be snubbed for the Heisman Trophy. Four decades before Peyton Manning against Charles Woodson in 1997, Majors was denied the Heisman while the award was given to Paul Hornung, the running back for a 2-8 Notre Dame team.

So many other coaches would not have translated book knowledge into actual results. Johnny Majors did. That is the story of a persistent life whose legacy will certainly endure in the history books, in Knoxville and beyond.