A lot of the conflict in the college sports community can be found in online clashes between sportswriters who keep writing with a lot of caution (at best) and negativity (at worst) about playing college football this fall.

It often seems to a number of fans that sportswriters are rooting against football resuming, and sportswriters think fans are overly optimistic about being able to play college football with no real disruptions to the season.

I can see where both sides are coming from. I do think sportswriters who keep raising alarm bells about starting the college football season need to remember that citizens need something good and hopeful to pull them away from the misery they face on so many levels: unemployment for some, diminished income or business for others, and — for virtually all of us — reduced contact with friends, romantic partners, and most importantly, the extended family members we can’t visit as often. 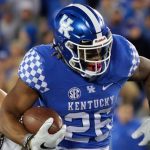 We need sports not so much as a distraction, but as relief, and also as something which will give our universities the television money they need to avoid completely falling off a financial cliff. Revenues are going to decline due to decreased attendance, but television money will reduce the extent of that decline. If people throughout the college sports industry and — more broadly — throughout academia can absorb one year of pain, the possible arrival of a coronavirus vaccine in early 2021 would enable our universities to figure out a transition plan as they attempt to rebalance how they allot resources to their operations.

Sportswriters do need to appreciate what sports — chiefly college football — might mean to local universities and their communities across the country.

Let’s look at the other side of things: Sportswriters (at least some of them) might come across as overly negative because they don’t want a young college athlete to die due to the virus. Yes, writers might be overly fearful of something bad happening — writers might be projecting paralysis in the face of a crisis, which comes across as a complete refusal to live life — but that is a protective instinct. It’s not the worst instinct to have, even if people will read it (understandably) in a negative light.

It is true that it is far too early for writers to say that college football should not be played this year. We are still roughly 10 weeks from the possible start of the season on Aug. 29. I think a lot of the anger among fans toward writers comes from a belief that writers are trying to impose a long-term view on an unknowable situation. That critique is — in my opinion — accurate. Writers are putting forth way too many takes and interpretations, instead of sitting back and considering various options and possibilities. I have tried to take this latter path, which recommends a wait-and-see approach which can adjust in real time to evolving realities on the ground.

I think we — writers on one side, fans on the other — have important points to make. Let’s try to not assume the worst motives on either side. 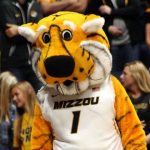 Meanwhile, in a world filled with uncertainties, we might ask ourselves: Is there anything definite and concrete college football can and should commit to right now?

I have an answer: Give players the assurance they will get long-term health care if it is needed in response to a positive test of coronavirus and any adverse health effects which might result.

Iowa athletic director Gary Barta recently said he wouldn’t change the eligibility status of his Hawkeye athletes if they sat out the next sports season due to worries about COVID-19. That move gives athletes and their families the assurance that the athletes don’t have to play if they don’t want to.

Well, then, what about the athletes who DO choose to play? Their health-care needs ought to be covered if they struggle with the coronavirus.

Is this too much to ask? It shouldn’t be. Athletes would be providing a product whose TV dollars would keep universities afloat. That’s a very big service. Athletes would be entertaining the population, providing respite and escape in the midst of the dystopian hellscape 2020 has become across this country (for various reasons; you can pick your own).

If they are going to take the risk of playing, they should know — going in — that schools have their back. It’s the decent and right thing to do.

We should want the right thing to be done, even if we don’t see it happening a lot in the country.

Vanderbilt football visits Georgia on Saturday in Athens. Here are your three keys to a Vanderbilt victory.

The Tennessee Volunteers defeated the South Carolina Gamecocks 31-27 on Saturday, September 26, 2020, in an SEC football game. Look inside for video highlights from this game.