If we do have a 2020 SEC college football season, Georgia and Alabama will meet. It’s the SEC series which has happened far too rarely — more than any other SEC series.

Purely by process of elimination, it can reasonably be said that the Dawgs and Crimson Tide have the greatest incomplete puzzle, the most impressive unfinished symphony, in SEC football.

What other SEC East school has anything close to the prestige of Georgia, AND can say that its best teams rarely or inconsistently played Alabama’s better teams?

Vanderbilt, Kentucky, Missouri, and South Carolina are not prestigious programs. Nothing more needs to be said there.

Tennessee regularly plays Alabama. That is not — and has not been — an underplayed SEC football series. 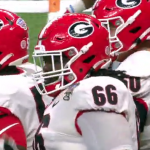 The only other possibility to consider is Florida, but the Gators’ best teams under Steve Spurrier and Urban Meyer played formidable Alabama teams under Gene Stallings (in the 1990s) and Nick Saban (2008 and 2009). Do Alabama and Florida not play often enough in the regular season? Yes… but their meetings in SEC Championship Games, combined with Florida’s lack of football prominence in the SEC until the Spurrier era, make Georgia the obvious best answer.

Georgia-Alabama is the SEC series which — if compared to all other possibilities — could be so much better than it actually is. This is the most unfortunate missed connection among all SEC football matchups.

It is so striking to realize that after a 1945 meeting between the schools in which Alabama became a 10-0 team and Georgia went 9-2, the Crimson Tide and the Dawgs had only one meeting in the next 66 years in which both teams ended the season (after the bowls) with no more than two losses apiece: 1959, in which Georgia finished 10-1 and Alabama finished 7-2-2. From 1946 through 2011, that was the only meeting in which both teams finished a full season with no more than two losses.

Alabama went unbeaten in 1966. Georgia finished with only one loss. The two teams did not play that season. 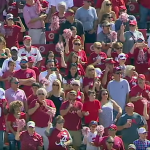 The 1980 Bulldogs, who won the national championship with an unbeaten record, didn’t play a two-loss Alabama team.

The 1981 teams both had two losses but didn’t meet.

Alabama-Georgia contained a number of significant meetings from the early stages of the series’ history through 1945, but in the second half of the 20th century, it was a story of missed moments. 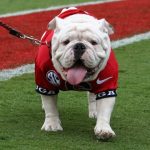 Thankfully, the SEC Championship Game and the College Football Playoff have given older SEC fans a delicious taste of how great life can be when the Tide and Dawgs meet. Decades of “what ifs” melted away when Alabama defeated Georgia in three games which will all be remembered for a very long time by anyone who saw them.

The memories are painful for Georgia fans, but Alabama fans and other neutral parties will marvel at Georgia watching the time run out near the goal line in 2012; Tua Tagovailoa throwing the 41-yard national championship-winning strike in January of 2018; and Jalen Hurts relieving Tua to lift Alabama to a Kirby Smart-aided comeback in December of 2018. Those games highlight why Alabama and Georgia need to play more, and why having so few installments of this series in recent decades has been a loss for the SEC and college football.

They also underscore why the SEC needs to have a season in 2020: so that these teams can play a very rare regular-season game we can all enjoy.

The Georgia Bulldogs defeated the Arkansas Razorbacks 37-10 on Saturday, September 26, 2020, in an SEC football game. Look inside for the final statistics, play by play, and gamebook from this game.

The 2-0 Tennessee Vols look to continue their impressive start to the season. They face a daunting task on Saturday as the side travels to Athens to face the 2-0 – and No. 3 ranked […]

Georgia defeated Auburn 27-6 on Saturday in Athens. Look inside for video highlights from the game.