I start with a very simple statement SEC football fans are generally going to agree with: College football really needs to be played this year.

Universities need the television money to prevent their budgets from completely falling off a cliff. The budgetary pain of not having fans in stadiums (let’s face it, that’s just not going to happen beyond 50 percent capacity at this point) is already going to be significant. Not having TV money on top of the lost gate revenues would be a total disaster for schools which count on football to fill the coffers… so yes, college football does need to be played this year.

The presence and reality of one need doesn’t automatically mean that need trumps other urgent needs. If another competing need is greater, and there is no way to honor both needs at the same time, the secondary need has to give way to the first need.

The first need in college football — and more broadly, college sports — is to make sure no athlete gets severely ill. 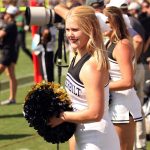 COVID-19 doesn’t kill young people at the same rate of older people — not even close — but some young people have died from the coronavirus. Other young people haven’t died, but have either had a stroke or have lost lung capacity. As long as college football avoids a severe illness from any of its athletes, the sport can continue, but we all have to be honest with ourselves and acknowledge that as soon as a football player comes down with a severe covid-related illness, that’s it. A life is worth more than a price tag. If even one person’s life is severely damaged as a result of playing football, it would be profoundly sad and a devastating event. The sport could not go forward knowing other athletes were at the same risk of being struck down so forcefully.

Yes, it is true that the spike in COVID-19 cases is not being accompanied by similar spikes in deaths or severely debilitating non-death cases… but in September, October, and especially November and December, that reality might not remain intact. If we do have to choose between the very important need to play college football in 2020, and the need to prevent athletes from having life-long lung damage, preventing lung damage has to be the higher priority.

Emphasize, however, the specific set of words at the start of that sentence: “IF we do have to choose.”

What if we don’t?

What if we can try to play the season to help the economy (and schools’ budgets) while also keeping athletes safe?

Isn’t this the very thing the college football community should try to do? It doesn’t seem to be registering with a lot of Americans that the solution — the goal of college football leaders and decision-makers — is not to play the season. No, it isn’t. That’s NOT the goal in its entirety. It is A goal, but not THE goal.

Neither is the goal to keep players safe. That is the biggest individual goal, but that shouldn’t be the whole mission.

THE goal — the ultimate aim of the decisions which will have to be made in the coming weeks — is not to do one thing at the expense of the other, but to do BOTH.

THE goal is to play a season AND keep players safe. 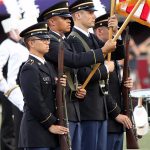 It has seemed that so much of the discussion, up to this point, has veered between the two goals as though they are competitors or enemies. The discussion needs to fuse and unite those goals so that they are part of the same mission.

This shouldn’t be a case in which scientists or liberals argue to shut everything down, and economists and conservatives want to keep everything open.

There has to be an alliance of some kind, an awareness that containing the virus and helping the economy have to be seen as mutually reinforcing goals, not that they are opposite instincts or inclinations. This shouldn’t be Team Mask versus Team Economy, or Team Caution versus Team Freedom. It should be both sides working together to create the best possible outcome.

As I have written in the past few months of this most unusual college football offseason, I do not — and did not — blame the anti-lockdown protesters for speaking out, because the government wronged them. The messaging from the government and the media on masks and the threat of the virus was inconsistent in the winter months, through early March. People had reason to be skeptical of various statements from various officials; the media did not handle the situation well. Confusion was and is a natural outcome of government and media failures.

In terms of the nation’s overall handling of the coronavirus, across all 50 states, I don’t think we’re going to get Americans on the same page.

I do think we can get football fans on the same page.

Football fans — especially SEC fans, who really care about the sport and want this season to be played — need to start acting as though playing the season with safe, virus-free players is the central goal they wish to achieve.

Football fans need to wear masks. If someone told you that wearing a mask would greatly increase the likelihood of having a college football season, would you pay that very small price? I know I would.

Football fans who own or work at restaurants near SEC campuses — you know, where some of the LSU football players are reported to have picked up the virus earlier in June — need to work with universities to deliver food to athletes where they are, instead of having athletes move around town. Universities could pay restaurants for cooking and delivering food in a contactless way. (Domino’s Pizza is, for instance, providing contactless delivery to my mother’s house in Phoenix. The food is paid for online, so there is no physical exchange or handoff of a credit card. The food is dropped off yards in front of the front door without any human contact. The risk of viral transmission is slim to none in that context. My mom wipes down the pizza boxes with a disinfectant wipe, and her pizza is virus-safe. That has been happening for three months in my neighborhood.)

I could go on and on with examples, but the bottom line is that we can be creative in supporting local business and just as creative in keeping athletes contained in a localized area without them feeling they need to travel to get food or entertainment.

Containing the virus and helping the economy — keeping players safe AND going ahead with a college football season — do not need to be viewed as enemies. These goals should partner with each other, and our common, collective actions need to begin to reflect that goal a lot better than they currently do.

BIRMINGHAM, Alabama (August 18, 2020) – The Southeastern Conference has announced guidelines for its 14 member schools to establish expectations to manage the health and safety of fans in preparation for the 2020 football season, […]

BIRMINGHAM, Alabama (September 23, 2020)—-Alabama has been predicted to win the 2020 SEC Championship, according to a preseason poll of media covering SEC football.

The Missouri Tigers entered the SEC in 2012. They have not yet hosted the LSU Tigers in Columbia, Missouri (separate from Columbia, South Carolina, where the Gamecocks play). They weren’t supposed to host LSU this […]