The decision to have SEC Media Days in a virtual format will elicit all sorts of reactions from the SEC community.

This is an unprecedented moment in the history of SEC Media Days — they didn’t exist during the Spanish Flu pandemic of 1918 — so while some things can be claimed about this adjusted version of SEC Media Days, not everything about this event can be known in advance. Let’s sort through the definite elements of this new reality, the possibilities, and the uncertainties.

Yes, we can acknowledge a few concrete ways in which the lack of in-person SEC Media Days will be bad. The hotel and convention industries are going to suffer for many more months, with SEC Media Days being a primary example. The people of Hoover, Alabama, look forward to this event. SEC fans look forward to making the journey. That won’t happen, and real economic pain will emerge from the hotels and restaurants and various other businesses which won’t get the revenue they normally would. That’s terrible, and that is already a casualty of this move to a virtual version of SEC Media Days. We don’t have to wait to acknowledge that. 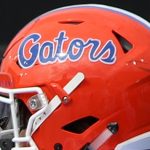 In the realm of journalism and media coverage, things aren’t that clear-cut. It is a problem that journalists from smaller or independent outlets won’t be able to talk to SEC coaches and players in person. The immediacy of talking to public figures in person is an important aspect of journalism — you get more insight into a person when you can directly see into his eyes and look at facial expressions. Observing through a computer screen isn’t the same experience. That is a drawback.

On the other hand: Much as Americans are realizing that working from home is more convenient than having to commute to work — a lot of businesses are permanently moving to stay-at-home work when the pandemic is over — it could be that journalistic outlets will spend less time covering press conferences and media gatherings. It’s a fair question at a time when media outlets have to watch their budgets and bottom lines: Why have people travel to cover a televised media event? They can interview coaches and players when they are on campus in the community. 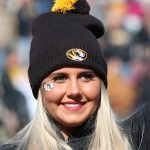 Let’s also acknowledge this: Will you REALLY and truly miss coaches giving extended statements from a podium? Maybe for Ed Orgeron, but for how many other coaches? SEC Media Days aren’t the same without Steve Spurrier or Les Miles. A virtual iteration of media days might reduce the hot air and increase the directness of interactions between coaches and journalists. Moreover, while young or independent journalists from small-scale outlets will be deprived of in-person interview opportunities — something we have acknowledged as a clearly negative aspect of a virtual format — the ability to work from home could give those same journalists the comfort level to ask tougher questions of coaches.

Asking Nick Saban a question in person, on site, can be intimidating. From the security of home, some journalists might feel empowered to take a tougher, more aggressive line in their questioning. We will see, but it’s possible. Journalism, as an industry, and individual journalists could reimagine themselves in creative ways. (They could also regress.) This will be one of the more interesting aspects of the virtual format. 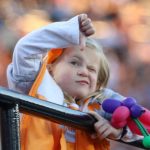 Ultimately, though, this situation is a big unknown. While a few things are definitely bad (no hotel or restaurant business in Hoover) and a few things are definitely good (less hot air or fluff from coaches), so much about this new reality is uncertain. The main thing people have to realize before an unprecedented event is that no one has an actual, verifiable frame of reference. No one can conclusively say — in an airtight way — he or she knows what this will feel like.

The best stance: Go in with an open mind. See the event. Process the details of the situation. Make sense of what is happening. Take notes.

Let’s all gather when it’s over and share what we learned. We don’t have all the answers — not yet. We can wait. Hopefully, that is something we have all learned to do in a pandemic.