Professional basketball and Major League Baseball — on an immediate level — have nothing to do with SEC sports. Yet, it is hard to ignore the distinctly different paths being carved out by these two sports in response to the coronavirus pandemic.

Let’s be very clear about one thing before diving deeper into this discussion: The reticence of Major League Baseball to play a 2020 season has a lot to do 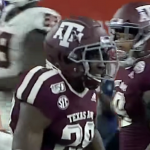 with the economics of the sport. The owners played hardball with the players on the matter of prorating salaries in accordance with the proposal of a shortened season. Players rightly perceived the owners wanted to achieve cost savings to offset a lack of gate receipts, due to diminished crowds for this year. (The 2021 season isn’t worth dealing with at this point for all the obvious reasons, the main one being that MLB has all winter to see how the medical community progresses on a vaccine. It can then choose how to handle the 2021 campaign. All that matters now is 2020.)

The lack of a plan in Major League Baseball for restarting its season is strongly connected to economics. Yes, the logistics of playing baseball games has to be sorted out, as does testing for all athletes and umpires. Yet, economic fights are holding the sport back. The delay isn’t entirely by design; the sport’s leadership has been lacking (and lagging behind).

Nevertheless, it remains that Major League Baseball — a sport which, on the surface, should be easier to play than basketball due to the fact that players aren’t regularly in close proximity to each other — doesn’t yet have a plan to play in the summer.

The NBA, meanwhile, does.

The NBA was the first pro sports league to bring its season to a halt — thanks, Rudy Gobert — and it has managed to put forth a plan for a restart. 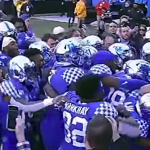 Obviously, college football can’t play multiple games per day at the same game site, unlike the NBA in Orlando. Obviously, the logistics of college football are profoundly different from the challenges faced by the NBA. Yet, one can plainly point out that in the first week of August, the college sports world — very much including the SEC — will get a close-up look at how a major sports league is handling the testing, tracing and regulation of athletes.

College sports administrators will be able to study the NBA’s methods, ask questions, and get the benefit of an active situation with applied examples of what to do (and not do). This won’t be a hypothetical; it will be real life.

It is not inherently good or bad that Major League Baseball has not devised a plan. Even though MLB leadership has shown itself to be disorganized, it can be argued that playing zero games in the face of a possible second wave of the coronavirus is a responsible outcome.

Notice the use of the word “outcome,” not “decision.” MLB doesn’t seem to be “deciding” on a course of action; MLB seems to be avoiding action due to contentious negotiations between labor and management. There is not a decision so much as an outcome.

Yet, one should consider the possibility that MLB — however unintentional it might be — is stumbling into the right situation. If a second wave hits, MLB (through no real credit or virtue of its own) could still come out of this mess looking relatively good. Conversely, the NBA — despite effectively mobilizing to create a restart plan — could look foolish if a second wave hits Florida (generally) and Orlando (in particular).

Let’s be clear: This is not an attempt to say that MLB is smart and the NBA is foolish. You will see some people make this case right now. I think that’s premature.

However, we shouldn’t automatically laud the NBA for going forward and crush MLB for not having a plan. Remember: No one truly knows how the reality of COVID-19 will unfold. National health officials have expressed guarded optimism that a vaccine will be ready to use and distribute in early 2021, which would be a tremendous outcome for the United States and the world. Yet, in the absence of that vaccine, we are still stumbling in the dark to a considerable degree.

We have seen various universities release tentative plans for how to handle their fall academic semesters. Several weeks ago, a number of leaders and administrators in college sports were saying that football would be played only if students could be allowed on campus. Now, the new and emerging sense of the landscape is that schools are going to use a “hybrid” approach mixing some on-campus students with online instruction. The obvious underlying aim is to bring the athletes on campus and keep a good chunk of the general student population off campus. That is the work-around for the problem of limiting the on-campus presence of students, which invites the possibility of violating social distancing guidelines.

There is no playbook, no proven formula, for handling this situation. So much remains unknown. The SEC will eagerly study the resumption of the NBA season in Orlando and see if it can have the right solutions in the right moments at the start of a 2020 college football season.

The 2-0 Tennessee Vols look to continue their impressive start to the season. They face a daunting task on Saturday as the side travels to Athens to face the 2-0 – and No. 3 ranked […]

South Carolina defeated Auburn 30-22 on Saturday in Auburn, Ala. Look inside for video highlights from the game.

The Mississippi State Bulldogs are being introduced to the Mike Leach Experience. Much as the Pittsburgh Panthers can knock off an elite team one week and then stumble at home the next, Leach and his […]