The most important word in the title of this story is “football,” not because SEC football is more important than public health, but because it is its own separate consideration.

There are political questions for governors and mayors to deal with. There are health questions for universities and their administrators to deal with. Government leaders have to wrestle with complicated issues related to the economy and public health. Football coaches don’t decide those matters; elected officials do. Football coaches have to abide by the decisions elected officials make. 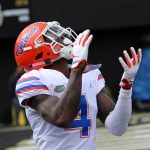 In terms of playing football games, then, elected officials can give a green light to college football. If that green light is given (and it is looking more likely that it will), the people involved in running college football have to know how to proceed. Conversations are certainly occurring behind the scenes.

You might have noticed that the Pac-12 Conference has at least given consideration to an 11-game league schedule with no nonconference games. Other conferences should be considering this option as well — we’re not recommending that conferences CHOOSE the option, only that they consider it. 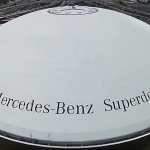 Maybe the Power Five conferences won’t adopt full-league schedules, but the mere possibility invites a compromise or a half-a-loaf solution in which conferences playing eight league games (such as the SEC) might move to playing nine or 10 games, and reducing the number of non-conference games. Let’s say Alabama keeps its Sept. 5 nonconference date but sheds the games against Georgia State, Kent State and Tennessee-Martin. The Crimson Tide would have nine Power Five games plus — if they qualify — the SEC Championship Game. Their season would be 10 games in length, not 13… but given the limitations of the pandemic, would anyone be THAT bent out of shape if Bama had just 10 games for the College Football Playoff committee to evaluate?

Basically, the fluff would be trimmed off the schedule… and other powerful teams could have their schedules similarly adjusted. The smaller-conference teams would take a financial hit, it’s true, but the sport cares the most about its particularly valuable and lucrative TV properties. Alabama and other top schools could cut the smaller-school opponents a smaller check so that the Georgia States of the world aren’t left empty-handed. Playing 10 games instead of 13 is, purely as a percentage, a significant reduction (nearly 25 percent of a team’s games)… but if we realize that the weaker non-con games on a schedule are not generally relevant to the College Football Playoff, they aren’t absolute necessities to play this year. The sport could survive without them; the playoff could still go forward; teams would be judged based on their games against Power Five opposition.

This is an important conversation for football people to have… but it feeds into an even more important one: The schedule and flow of the season.

The biggest question schools face in terms of being able to play enough of a regular season to support a playoff — along the lines outlined above — is next. 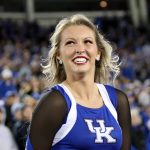 With the coronavirus being more vulnerable in sunny outdoor conditions, there is a school of thought (I’m not saying it represents the correct view, but it needs to be considered) which says that playing games in the late summer and early autumn is a better way of dealing with the coronavirus than playing a normally-structured season into early December (for the SEC title game) and then the bowls. That school of thought says the season might be completed in full (or close enough to it) if it starts EARLIER, not later. The reason is that the warmer, sunnier weather earlier in the season is less of a coronavirus threat. Not playing games in late November or early December invites a better chance of avoiding bad weather and the beginning of the flu season.

Connect the dots: If games are played in late August, OR if the regular season starts Sept. 5 but is cut down to 10 games, so that it ends in early November, college football could complete its regular season before a possible second wave of the coronavirus hits.

If that second wave is containable, college football could conceivably continue with a playoff and national championship game. If the second wave is especially nasty, college football could either call it a season or perhaps — as a backup — play a championship game in late February, when the days are getting longer and sunnier in Southern locales.

The question — should SEC football reduce the length of its season by two to three games in order to facilitate an early-November conclusion to the regular season? — is the most urgent football question facing the sport. I offer no firm verdict on whether this is the right plan for the sport; I merely submit that it should be given consideration, along with a lot of other possibilities appropriately being discussed behind the scenes.

The Alabama Crimson Tide defeated the Ole Miss Rebels 63-48 on Saturday in Oxford. Look inside for official final statistics and gamebook.