In praise of the tight ends

For discussion regarding the Vanderbilt Commodores' football program.

In praise of the tight ends

Now that they are about to play their final home game for Vandy, I must sing the praises of two guys who have played vital roles this season but haven't gotten the accolades others have... fifth-year seniors Ben Bresnahan and Gavin Schoenwald.

It's kind of old-fashioned to line up two tight ends in an offensive formation these days, but Vandy does it on almost every first down (both have started every game this season). Usually they're not on opposite sides, but on the same side. Frequently you'll see both of them flip before the snap from one side to the other. Quite often the read is a handoff that goes behind them.

Size-wise, they're like identical twins... 6-4, 245. For five years now these guys have built themselves into bulked-up wrecking balls that can take out linebackers and DBs and spring the running back (or quarterback) for a big run. Against Hawaii Schoenwald got some great pub with his pancake that sprung Mike Wright for an 87-yard TD. Ray Davis has had five 100-yard games (and is on the verge of a 1,000-yard season), with a lot of help from these two guys. But what makes it fun is that either of them can sneak downfield and get open for a short reception that can turn into a big gain (see Bresnahan's TD vs. Florida), when the defense least expects it. Joey Lynch lulls you into thinking these guys are just blockers, but both can also make great targets for the QB, especially on third-and-short or third-and-medium.

Bresnahan's best statistical year was 2020 when he caught 28 balls (mostly from Ken Seals) and had four TDs. Todd Fitch seemed to really like calling Bresnahan's number. But Bresnahan has adapted into Joey Lynch's scheme where he's used more as a blocker and has never complained but has shone as a captain and spiritual leader on the offense.

Schoenwald, who was a QB in high school, was mostly a reserve and special-teamer under Derek Mason and didn't see much playing time; he labored in the program for three years and had little to show for it. It's been Lynch who recognized what a player like Schoenwald could bring to the offense. Last season he made his mark with four catches, and a TD completely out of the blue against Missouri. He was brought to tears in the offseason when his teammates recognized him as a team captain. This year? Eight catches, and (who woulda thunk it?) three touchdowns, including a huge one in the win over Florida. After that catch, you saw the two tight ends in a tight embrace; they have been through the wars together (including the death of TE teammate Turner Cockrell) and it was heartwarming to see them both score TDs in the same game.

Last offseason the two TEs watched as 7 or 8 guys from their recruiting class bailed and entered the portal. Bresnahan and Schoenwald decided to stick it out with Coaches Lea and Lustig for one more go each. They've helped the team rack up five wins, something few thought possible. With one more win, they can earn a b*** trip for themselves and their teammates.

Don't forget to arrive early this week to recognize these two (and a number of others) who have persevered and given so much to the program.

Did you see the one (almost) play?

I think it was in the SC game... It was 4th and short, Wright was in the shotgun. One of the TE's was in motion, and stopped on a dime under center to quick snap and (presumably) sneak it. South Carolina called time out immediately and the refs gave it to them. After the time out we ran something different.

I wish, wish, wish we could've run that play. I would bet money it would have been successful, and our tight end would've deserved that opportunity.

Lynch's play calling this year has been pretty good, in my opinion. Quite a bit of creativity. And I'm glad our TE's are part of that. Ben and Gavin have earned it, and losing them after this year is a HUGE loss.
2 x
Top

Here, here for these 2 and for all our seniors who have stayed on board through rough seas.
2 x
Top

Take a special look at Cole Spence, who's played in the last three games and will still be able to redshirt this year. He's 6-foot-7 and has the biggest frame of anybody in that room. 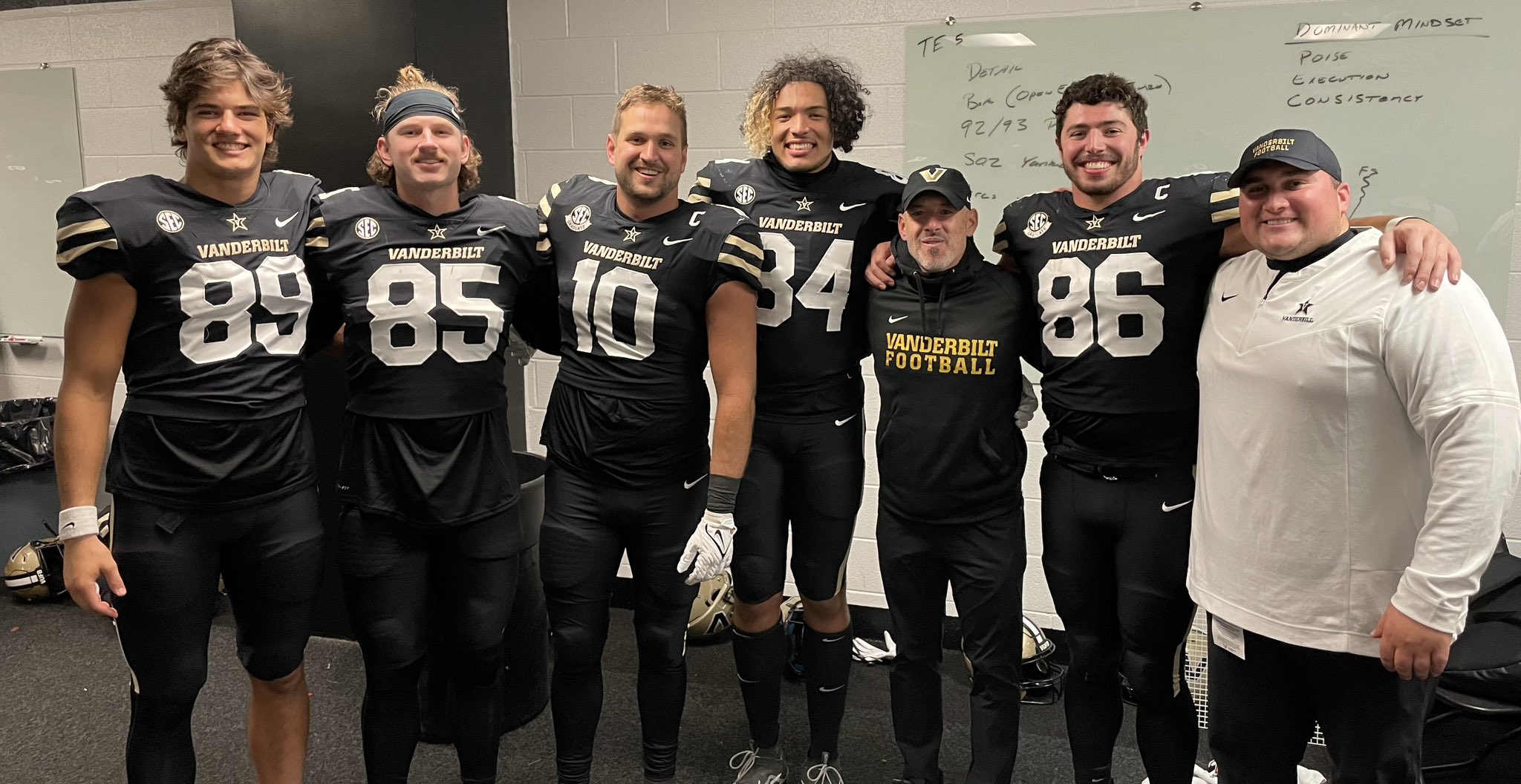 Any thoughts on whether DeCoursey and Ball come back for another year?
0 x
Top
Post Reply Previous topicNext topic
5 posts • Page 1 of 1