Everyone wants to see SEC football in two months. We all hope it happens. Football is very precious and significant, but as much as we treasure it as a foundational aspect of our culture and the source of our sweetest childhood memories.

College football still isn’t the most important part of our lives. A pandemic and over 130,000 lives lost put a sport — a game — in perspective. Yet, for all the suffering and economic hardship being felt throughout the country, it remains that we would certainly love to have college football around as a needed distraction and respite from all the bad things happening in the United States and many of our localities. 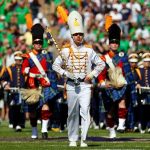 Having something fun to turn to isn’t a careless embrace of bread and circuses while the house burns down. It isn’t a misplaced love or an excessive display of affection. It is a simple, honest desire to take a break from negativity and remind ourselves that life — for all its responsibilities and burdens — is meant to be enjoyed, too. Having three and a half or four hours (for one game) on Saturday, or a full wall of games on an entire Saturday, is something we would cherish with particular consciousness and intentionality if we are blessed enough to get an SEC football season.

We hope it happens.

Yet, we have to account for the possibility that it might not happen. We hope it’s not the reality we will inhabit in September, but it’s possible.

If we are going to consider the absence of a season, we have to consider which SEC football team would take the biggest hit.

I don’t think there is a lot of debate on this one: The Florida Gators have the most to lose if there is no SEC football season this year, or if the season is stopped before it can run its course.

When analyzing a college football schedule, a basic point of wisdom regularly applies: The most favorable schedule for a team which hopes to contend for a Power Five conference championship is a slate in which the tough conference games are at home and the easier ones are on the road. Why waste a home date on a bottom-tier conference opponent if that opponent can be subdued away from home? Save the home dates for the opponents where a home crowd might make a crucial difference.

In 2020, Florida has the schedule lined up just right. 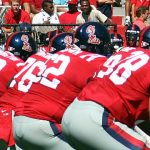 This will be a great year to play Ole Miss away from home, with the Rebels in transition and Lane Kiffin needing at least one year, if not more, to find his footing at his new SEC home. Florida visits Oxford.

This will be a good — not great, but good — year to visit Tennessee, with the Vols loading up on quality recruits but not being ready just yet to put all the pieces together. Florida goes to Knoxville. It’s a lot better than hosting the Vols this year and then having to face a loaded Tennessee team in 2021. The Gators have the schedule rotation where they want it.

Florida visits Vanderbilt this year and hosts LSU. That’s what an ideal schedule — in a tough conference — looks like. The 2020 rotation works in the Gators’ favor.

Beyond the schedule itself, Georgia is heading into 2020 without Jake Fromm. True, Fromm wasn’t spectacular, but he was certainly very solid for Kirby Smart. He wasn’t a game-changer, but he also wasn’t a game-loser. No, the Gators don’t have an equation-shifting quarterback just yet; this is what Dan Mullen needs to find before too long in Gainesville. Mullen needs his own version of Danny Wuerffel for Steve Spurrier, or Tim Tebow for Urban Meyer. The Gators’ ceiling remains limited precisely because they haven’t found a capital-A “Answer” at quarterback just yet. 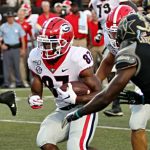 That said, if Florida wants to break through and beat Georgia, the QB calculus is better this year for UF than it has been in the previous three seasons. Having Kyle Trask back for one more go-round isn’t necessarily an exciting prospect for Mullen, but he knows what he has and can reasonably expect a better product than what he had last year. If Georgia’s replacement for Fromm doesn’t rise to Fromm’s standard, Florida could make just enough of a gain at the quarterback spot to create a 50-50 matchup at the Cocktail Party. If UF can win a squeaker, Mullen would have the victory he badly needs if he wants to change the balance of power in the SEC East.

As noted above, Tennessee is beginning to recruit at a high level. If Jeremy Pruitt can coach ’em up in Knoxville, the Vols could soon mount a real challenge to Georgia. Mullen has to knock off the Dawgs before the Vols do, and 2020 gives him that opening. If there is no 2020 season, the Vols can stockpile recruits and Pruitt can spend more time teaching his concepts to his incoming ballplayers. Mullen’s window would shrink, and Florida might encounter a much more complicated situation in 2021.

We all want football back in the SEC. We all want Saturdays in the fall to crackle with excitement on television, even if fans won’t be in the stands. We want to see an SEC champion crowned in Atlanta in early December.

If one SEC school wants football more than the other 13 members of the conference, however, the answer clearly resides in Gainesville.

The 2020 NFL Draft was a frustrating experience for Florida football

On the surface, some Florida Gator fans might have been happy that Jake Fromm, quarterback of the Georgia Bulldogs the past three years and author of a Rose Bowl win over Oklahoma a few seasons […]