This weekly column has mostly focused on the constantly shifting world of the coronavirus and how it might affect college football. In the midst of that evolving story, I neglected to focus on SEC coaching icons we have recently lost.

Let’s offer an appraisal of the career of Patrick Fain Dye, who died on June 1 at the age of 80.

Auburn football has been noticeably consistent in its inconsistency over many decades of college football. There was a stretch of nine seasons from 1912 through 1920, under then-coach Mike Donahue, in which Auburn lost more than two games in only one season. From 1970 through 1972 under Shug Jordan, Auburn won at least nine games in three straight seasons. From 2004 through 2007 under Tommy Tuberville, the Tigers won at least nine games per season. Very few periods in Auburn football history have been marked by extended consistency.

Pat Dye’s reign at Auburn was one of the most consistent stretches of time the Plainsmen have ever known on the gridiron.

Dye needed one season, in 1981, to get his bearings at Auburn. That team went 5-6. Dye won at least eight games every season for the rest of the 1980s. Of his next eight teams, from 1982 through 1989, Auburn won fewer than nine games only once, in 1985, with eight. The 1980s marked a decade when Auburn fans could generally count on their team to be very good. From 1982 through 1990, Auburn finished in the top 20 eight times, the top 15 seven times, and the top eight five different times. 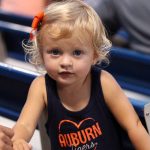 periods in which they rode the wave. Donahue — in the World War I years — is the closest comparison to what Dye achieved in the 1980s at Auburn. For so much of this program’s history, one very strong season hasn’t been backed up by another. You have seen Gus Malzahn’s tenure fluctuate from euphoria to pitchfork-level anger at the drop of a hat. Volatility is Malzahn’s middle name.

Tuberville couldn’t keep his ship afloat very long after that quality four-year run which carried through 2007.

Gene Chizik won a national title because Cam Newton fell into his lap. As soon as Newton left, the program went from the penthouse to the outhouse.

Terry Bowden had a few brilliant seasons at Auburn, but his tenure didn’t last, and his best season came when the Tigers were ineligible for SEC or national postseason play.

Shug Jordan, a national championship head coach, is appropriately viewed as an SEC legend, but even he never reeled off a seven- or eight-year run akin to Dye (or Donahue).

Pat Dye stepped into an SEC dominated by Bear Bryant (Alabama) and Vince Dooley (Georgia). As soon as The Bear and Herschel Walker left the SEC, Auburn pounced on its big chance and won the SEC in 1983. In the 1980s, the struggles of Alabama in a post-Bear period were pronounced. Florida showed promise but was hit by NCAA penalties, which squandered the program’s momentum. LSU had its share of moments but did not stay at the top of the league. Something similar could be said for Tennessee.

Auburn — particularly in the latter half of the decade — became the SEC’s most dependable program in the 1980s. Imagine thinking that was even remotely possible when Dye came to AU after the 1980 season, when he was hired away from Wyoming. When Auburn lost to Alabama in 1981 — marking Bear Bryant’s record-setting 315th win as a college football head coach — the Tigers suffered a ninth straight loss to the Crimson Tide. By the end of the 1980s, not only had Auburn won six of the next eight Iron Bowls; it had won the right to host the game at Jordan-Hare Stadium every other year, ending the annual relationship with Birmingham’s Legion Field. Auburn, by ending the exclusive Iron Bowl partnership with Birmingham, got to play its most important game on campus. 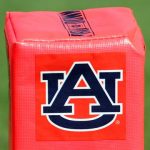 Pat Dye made that happen as Auburn’s athletic director.

Auburn wasn’t merely restored by Pat Dye in the 1980s; Auburn was built into something better, tougher and stronger than it had normally been in past decades.

Pat Dye played for Georgia; then he beat Vince Dooley, an Auburn man, on most of the occasions when the Tigers and Dawgs locked horns in the 1980s.

Pat Dye coached as an assistant for The Bear at Alabama, from the mid-1960s through the early 1970s; then he beat Bryant’s successors in a majority of Iron Bowls over the next several years.

Pat Dye remains an embodiment of qualities Auburn head coaches — before and since — generally haven’t been able to establish. Other Auburn coaches have had better individual seasons, such as Chizik in 2010, Tuberville in 2004, Bowden in 1993, or Jordan in 1957, but over a full tenure, Pat Dye replicated success better than any Auburn coach in the past 100 years.

That speaks for itself.

It is way earlier than we would usually expect it, but the 1-0 Tigers face the 1-0 Georgia Bulldogs on Saturday in the biggest game of the weekend.

Week 1 of the SEC season is (finally) here. Let’s hope we can get as much of the schedule underway without Covid taking over.